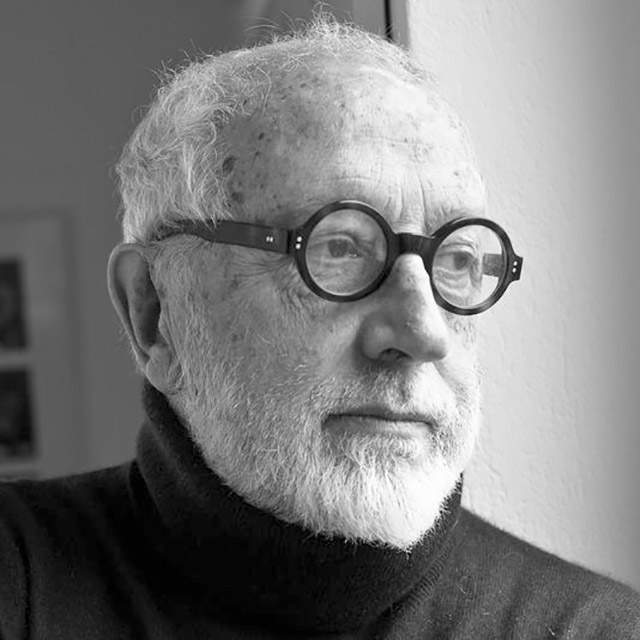 Andrea Branzi is, at one time, an architect, designer, city planner and journalist (Modo Magazine, 1983 to 1987). He was one of the founders in 1983, of the Domus Academy in  Milan. A professor of industrial design at Milan Polytechnic University, he is also the author of a number of books and essays. At the end of the sixties, he was heavily involved in student protests in Florence and was a member of the radical design group, Archizoom Associati.

Since then, he has created a considerabke number of objects for a range of companies such as Alessi, Artemide, Cassina, Poltronova, Vitra and Zanotta. His work has been presented in such keynote events as the Milan Triennale or the Venice Biennale as well as in personal exhibitions in international galleries and museums. In 1987, he earned a special mention from the jury of the Compasso d'Oro for the totality of his work as designer and theoretician.
Andrea Branzi was invited by the Sèvres National Manufactory and Mouvements Modernes to create Louis XXI, Porcelaine humaine, a collection of cups, chalices and bowls of different sizes and a rare finesse. These eight delicate objects in soft paste porcelain and subtle flesh-coloured tints, with their light, undulating curves, make up the three families of shapes that are completed by three matching candle-holders. This collection is a co-edition Sèvres National Manufactory and Mouvements Modernes.

Loyal to his reflections on hybridisation and nature, technology and soft delicacy, the Italian designer conceived Louis XXI, Porcelaine humaine as a set whose organic character is reflected in both the sensual, plant-based shapes and in the flesh-coloured through-body porcelain. Renowned for his ability to lend meaning to an object in its human and cultural dimensions, Andrea Branzi, inspired by the traditional vocabulary of the Manufactory, wanted to inscribe Louis XXI, Porcelaine humaine in the mainstream of the Sèvres tradition: a mounted or stemmed bowl, a long-stemmed tulip shape or low stemmed cup form a new pageantry, a contemporary way of representing the most anchored of traditions.