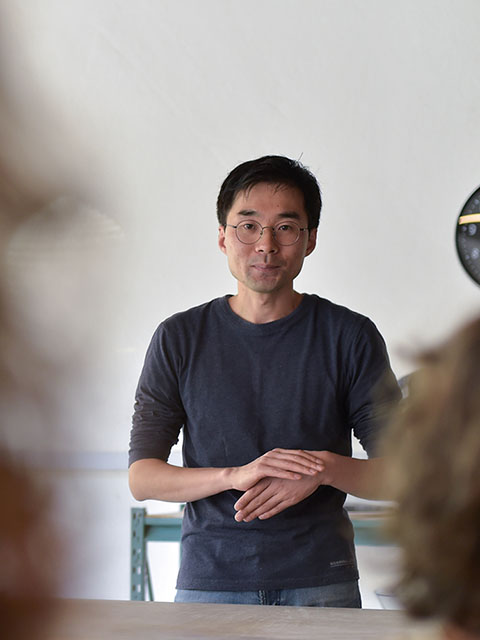 Bae Sejin lives and works in Seoul.
After some studies at the Seoul National University from which he graduated in 2012, he worked for several years before  deciding to devote himself to his passion: ceramic. Since 2009, he has been part of several competitions in Korea and Taiwan. At the same time, he has exhibited his work in Milan, London, Chicago and Osaka. In 2017, he was in the finalists selection of the Loewe Foundation Prize.
Using time as a guiding thread, Bae Sejin pays tribute to the famous theatre play by Samuel Beckett, En attendant Godot. Godot is the one who does not come, letting time stretch, out of its temporality. Sejin's work extends and is divided into multiple elements, which are added to each other in order to symbolize the passing of time. Each one has a number, a mark, though making them unique. All these elements are lost in the immensity of his works, twisted in dynamic sculptures, giving a true lesson in humility. The graphic aspect comes from his formation and first job as a graphic designer.
For the artist, his sculptures allow him to restore the link, lost in our modern society, between man and nature.